Actress Gehana Vashisht of ‘Gandii Baat’ Fame Hospitalized Condition Critical: Actress Gehana Vasisth’s real name was Vandana Tiwari, She was born in Chhattisgarh. She began her career as a model. After working for several brands as a model, she was crowned as Miss Asia Bikini.

She made her foray into film industry through her debut Hindi movie Filmy Duniya. She acted in several Hindi and Telugu movies and also in web series. One of her most popular web series was ‘Gandii Baat’. She acted in the Third season of this web series.

Gehana Vasishth, who was released from jail a few days ago on charges of making a p##n film, recently suffered a heart attack, after which she was admitted to a hospital in Mumbai. Latest news about the actress health condition is that the actress’s lungs have stopped working, she has been kept on the CPB pump.

CPB Pump is a cardiopulmonary bypass technique, in which a machine named Heart Lung is installed and does all the work of the necessary organs. 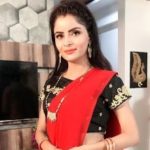 Gehana Vashistha, was from Byculla Jail on June 19 after 5 months on bail. While she was in jail, She had suffered a stroke and was then admitted to Sir JJ Hospital by the jail authorities. While granting bail to the actress, the court had ordered that she cannot travel outside the country without court’s permission.

Her spokesperson further said that he has visited the hospital. He received the information about the hospitalization of Gehna Vashisht from a person living in the actress’s building. He also said, ‘according to the information he received, The actress is still unconscious and unable to speak to anyone. He told the he will update the media after visiting the hospital.

Gehna Vashistha’s had lot of health issues in the past. She was battling diabetic ketoacidosis related problems. During the shooting of a web series in the year 2019, The actress fainted due to low blood pressure and stroke. Then it took two hours to revive her pulse and had to be given an electric shock to get back her to normal condition.

Hope that she will recover soon.