Rs 306 Crore For Nizam Grandsons Of Hyderabad: After independence from the British, various areas were brought under the Government of India under the initiative of Sardar Vallabhbhai Patel, the first Home Minister of Independent India.

There were 565 princely state with India. The princely states were given the option of whatever arrangement they wished with either India or Pakistan. Sardar Vallabhbhai Patel’s efforts helped in combining different regions to form a united India, but the three autonomous states of Kashmir, Junagadh and Hyderabad does not join India.

The most important of them was Hyderabad. At that time, Hyderabad was under the rule of Nawab Sir Mir Osman Ali Khan Siddiqi, also known as Asaf Jah VII. He was the last Nizam of the state of Hyderabad, the largest princely state in British India. He was said to be the richest man in the world at the time.

Before independence, the Nizam of Hyderabad ruled over more than 16 million people and He had his own military, rail service and postal facility during the British rule.

He refused to merge Hyderabad state with either India or Pakistan instead, He prefers to form a separate kingdom within the British Commonwealth of Nations but this proposal was rejected by the British government. He decided to fight against India and joined hands with Mohammed Ali Jinnah of Pakisthan. 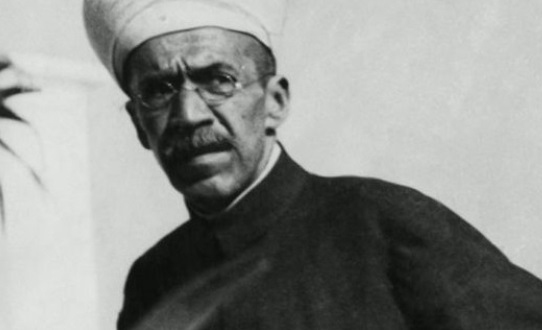 The ‘Operation Polo’ military action caused many Hyderabad soldiers to fight the Indian Army and the Hyderabad Army. Later, Mir Usman Ali Khan, the last Nizam of Hyderabad, was forced to surrender and merge Hyderabad with India.

It is said that during the fighting with the Indian Army, Nizam purchased weapons from Pakistan and in return, more than 8 crores [1,007,940 Sterling Pounds] of Nizam’s money was sent to Pakistani High Commissioner ‘Habib Ibrahim Rahimdula’ who was in London. The money was deposited in London’s Nat West Bank. Nawab Moin Nawaz Jung, the finance minister and the foreign minister of the Nizam was the one who was responsible for this transaction.

In the turn of events, Nizam Mir Osman Ali Khan, later, said that his minister transferred money without his approval. He moved the UK court seeking release of the money deposited with the Pakistani high commission in 1954. But Pakistan did not intend to oblige and invoked sovereign immunity and the case could not proceed further. In 2013, Pakistan waived its sovereign immunity by issuing a claim for the money and this helped in reopening the case.

The value of this money increased manifold during this period. At present it is said to be worth more than Rs 350 crore. The Nizam family and Govt of India came to an agreement and India supported the Nizam’s claim over the money. The 60 year old case reached its final hearing last June.

The final verdict came out yesterday and it said “Nizam VII was beneficially entitled to the Fund and those claiming in right of Nizam VII – the Princes and India – are entitled to have the sum paid out to their order.”

In conclusion, Pakistan has no right of claiming Nizam’s money in the Nat West Bank and This money belongs to the Nizam’s heirs of Hyderabad and India.