Purandara Dasaru was a saint, a poet, a renowned composer of Carnatic music, a great devotee of Lord Krishna. Purandara Dasa is noted for composing Dasa Sahithya, as a Bhakti movement vocalist, and a music scholar.

This song created some 5 centuries ago is still popular among people and over the years so many musicians have produced their own version of this song. Especially the two legends of India classical music Bharat Ratna ‘M. S. Subbulakshmi’ and Bharat Ratna ‘Bhimsen Joshi’ have created the magic in their own style.

This song is also used in the 1983 Kannada movie ‘Nodi Swamy Navirodu Heege’ directed by Shankar Nag. This film version of the song was also rendered by legendary singer ‘Bhimsen Joshi’ and the music was done by music director G. K. Venkatesh. 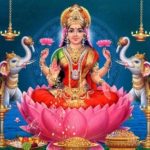