Lord Rama is a one of the largely worshiped deity in Hindu religion. Rama is the seventh avatar of the god Vishnu in his Dashavatara [Ten Avatars]. Lord Rama’s birthday is celebrated as Rama Navami festival in India.

Rama was born in Ayodhya as the eldest song of king Dasharatha of Kosala. Kaushalya was the mother of Rama. Lakshmana, Bharata, and Shatrughna were the siblings of Lord Rama. Lord Rama married Sita Devi. Lava and Kusha were the sons of Rama and Sita Devi.

He was born in the village of Nelakondapalli in Khammam district. He spent his later years in Bhadrachalam and 12 years in solitary confinement during the ‘Qutb Shahi’ rule at the Golkonda prison.

He composed lot of Keerthanas about Lord Rama and these are known as ‘Ramadaasu Keertanalu’ and considered as very important work in South Indian classical Carnatic music.

Over the years, Ramachandraya Mangalam Traditional Keerthana was was re-created by various artists and rendered by various singers like Dr Legends like M. Balamuralikrishna, Mambalam Sisters, and recent sensations like Kuldeep M Pai team, and various other artists. 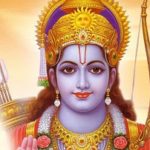