Early Signs of Pregnancy: Some mothers feel certain they’re pregnant at the moment of conception. Others don’t believe the news until they have a positive pregnancy test-or two. For most mothers, a missed period is an early sign of pregnancy. It may not be the reason to be so certain. There are other signs as well.

Here are some other signs of pregnancy

Breast changes: Tenderness and enlargement can occur as early as one week after conception. You also may notice the areolas, or rings around your nipples, darkening and the veins becoming more visible.

Nausea and vomiting: Morning sickness can occur anytime, day or night, and may begin one or two weeks after conception

Fatigue: Although this is common in the early weeks, it often continued late into your first trimester or may even last throughout your pregnancy. 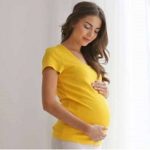 Tell-tale signs of a new life

Some mothers experience all the early symptoms of pregnancy while others just sail through it without the least hint. Though there are various tests to confirm your pregnancy, there are some early signs which, if you are aware, can tell you much before that you are pregnant.

There are two types of signs that can tell you that you are soon going to be a mother.

The Signs in Your Body

Missed period – This is the first sign of pregnancy. If you miss your period and feel a little ill, then you can consider this as sign of your pregnancy.

Tender breasts and nipples – Your breasts may start to tingle and feel tender, like they do just before the period, only it will be more prominent now. Your breasts start to become tenderer, fuller and even sensitive to touch. These indications can begin as early as only few days after conception and as your pregnancy advances, they might become even more prominent.

Darkening areolas – The areolas i.e. the dark circles around your nipples may begin to change colour and darken further. They may also start increasing in diameter. The veins around the areolas may also become more prominent.

Montgomery Tubercles – You may notice an increase in the number and size of the tiny bumps around the areolas. These are actually oil glands that produce oil to lubricate your nipples and areolas so as to facilitate suckling by your baby when you nurse your baby after birth

Urinary frequency – The enlarging uterus begins to press upon your bladder strongly. As a result you feel like urinating much more frequently. Frequent urination may start as early as 2-3 weeks after conception.

Spotting – Some expecting mothers notice spotting while the embryo is being implanted in the uterus. Spotting may occur 5-10 days after conception. Through, if bleeding happens, you should immediately consult your doctor.

Lower back pain – Due to the hormonal surge that the body goes through during pregnancy, you may suffer from lower back pain. Often fatigue or lack of correct physical activity may increase it a bit further.

Fatigue – As your body strives to adapt to the demands of pregnancy, you may often feel tired and drained out of energy. Take as much rest as possible. You may find that even sitting with your feet up gives you relief. As a result of fatigue you may feel dizziness during any time of the day.

Nausea – You may undergo nausea and vomiting sensations during the early stages of pregnancy as the hormones are released. It can occur at any time of the day, even though it is known as morning sickness! At such a stage, an empty stomach is an absolute no-no. Try to include small carbohydrate rich snacks during the day and eat small meals after every 2-3 hours.

Change in taste (dysgeusia) – Sometimes pregnancy hormones can affect even your taste buds. You may experience a metallic taste in your mouth which, in some cases, may become very high. The bitter sensation increases so much that it leads to lack of appetite and complete avoidance of certain food items.

Smelling sensation – A particularly heightened sense of smell seems to be the first thing that occurs to almost all pregnant mothers.

Bloating – A feeling of being bloated can creep up during the very early stages of pregnancy. However, it should not be treated as a sure shot sign, since it can also be a pre-period bloat.

Food cravings – Food cravings and aversions to certain foods are common during pregnancy. There is no evidence that food cravings are the result of nutrient deficiencies, and their cause remains a mystery. There is no harm in satisfying food cravings within reason, especially when they make a nutritional contribution to the diet. Some pregnant women have the urge to eat non-food items such as laundry starch and dirt. In some case cravings involve consumption of large amounts of non-food items that displace food and interfere with adequate nutrient intake.

Often it is seen that mood swings and irritability are very common signs of pregnancy that arise due to drastic hormonal changes in the body. During this phase, it’s advisable to avoid stress, communicate your needs to your partner and pamper yourself. Remember, it’s beautiful time for you and you should enjoy it!

The most common problem during pregnancy which affects all expecting mothers is morning sickness. Generally it starts between the 4″ and 6″ week of conception and lasts until the 14 to 16″ week. Some mothers may even experience morning sickness all through their pregnancy.

Why does it happen?

To a large extent the cause of morning sickness is attributed to the drastic hormonal changes that take place inside the body. However, an actual cause is yet to be established. Some of the possible causes of nausea and vomiting in pregnancy are mostly related to hormonal releases.

HCG hormone causes nausea – During pregnancy a high amount of the Human Chorionic Gonadotropin (HCG) hormone is released in the system. This stimulates the maternal ovaries to secrete oestrogen, which in turn causes nausea.

Note: Any medical information published on this website is not intended as a substitute for informed medical advice and you should not take any action before consulting with a healthcare professional.