Laal Singh Chaddha Hindi film is a remake of the 1994 American film ‘Forrest Gump’ which itself based on Winston Groom’s 1986 novel of the same name. Forrest Gump was directed by Robert Zemeckis and written by Eric Roth. 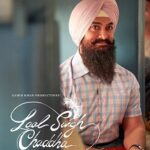