Saregama was the music label of this movie. This song was composed by G. K. Venkatesh with lyrics penned by Chi. Udaya Shankar. Aadisidaata Besara Moodi song was rendered by composer G. K. Venkatesh.

On the final day of the background score work for this film, while scoring for the climax, L. Vaidyanathan who was then the assistant to G. K. Venkatesh, felt free verse would enhance the mood and add additional depth to the situation. Immediately lyricist Chi. Udayashankar was called and made to listen to the tune on violin, he then wrote the lyrics of this emotional and heart touching meaningful lyrics. 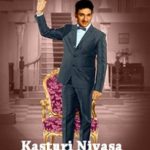