Tharangini is the music label of this movie. This song was composed by Sangeetha Raja with lyrics written by Doddarangegowda. Aase Holeye Batthi Hogaithe song was rendered by renowned singer K. J. Yesudas.

P. H. Vishwanath is one of the renowned film director in Kannada cine industry. He made some remarkable movies. He started his film career as an assistant director to Puttanna Kanagal in the 1979 film Dharmasere. He made his directorial debut with the path breaking 1990 Kannada movie Panchama Veda . some of his most memorable work includes Panchama Veda (1990), Munjaneya Manju (1993), Srigandha (1995), Aragini (1995), Rangoli (1996), Andaman (1998) and others. He had made successful movies in combination with Ramesh Aravind and Sudharani. 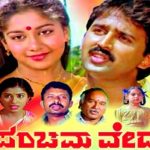