H. R. Bhargava is one of the noted directors in Sandlewood film industry. Hunsur Ramachandra Bhargyachandra was born in Hunsur, Mysore, Karnataka. Famous fiolm personality Hunsur Krishnamurthy was his uncle. before becoming director, H. R. Bhargava used to produce movie. He made his directorial debut in 1977 with super hit Kannada movie Bhagyavantharu starring Dr. Rajkumar and B. Saroja Devi. He has directed 50 movies.

The information about the music label of this movie in not available. This song was composed by legendry music duo of Kannada cinema, Rajan-Nagendra with lyrics written by gratest lyricist of Kannada Chi. Udaya Shankar. Ee Bhaavageethe ninagaaagi Song was rendered by singer S. P. Balasubrahmanyam. 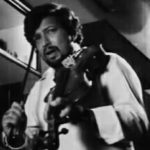