Aananda Audio was the music label of this movie. This songs was composed and written by Nadha Brahma Hamsalekha. Hunnimeya Deepavide song was sung by reputed singers S. P. Balasubrahmanyam. 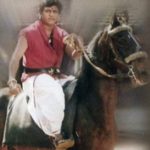 Check out the lyrics here…