Lahari Music is the music label of this movie. This song was composed by Rajmohan with lyrics penned by director S. Narayan himself. Prema Daivagala Veda song was rendered by playback singer Mano.

Vinod Raj is the son of Kannada actress Leelavathi. He was born in Chennai on 05 July 1967. He was trained in dancing. He made his debut through the 1987 Kannada movie Dance Raja Dance directed and produced by Dwarakish. some of Vinod Raj’s notable movies are Dance Raja Dance, Krishna Nee Kunidaga (1989), College Hero (1990), Nanjunda (1993), Snehaloka (1999), Sri Manjunatha (2001) and others. 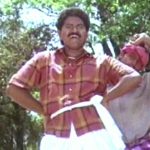