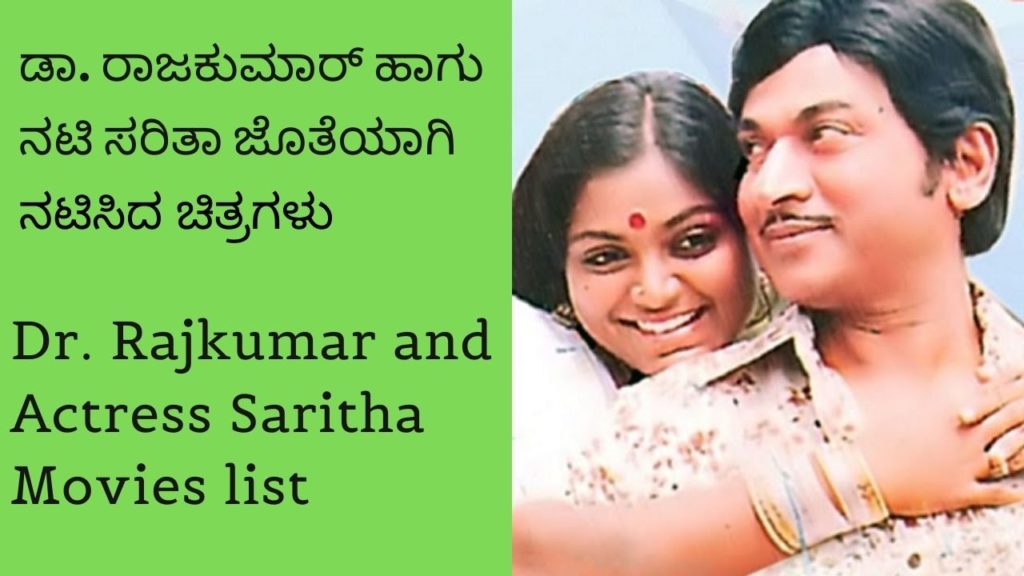 1. Keralida Simha [1981] : Dr Rajkumar and Actress Saritha paired up for the first time onscreen for this 1981 Kannada film Keralida Simha, directed by Chi Dattaraj. Saritha played a role of a lawyer. The film became successful and the pair went onto act in four more hit movies.

2. Hosa Belaku [1982] : After the success of Keralida Simha, The pair of Rajkumar and Saritha came together for the second time for Hosa Belaku directed by Dorai – Bhagwan in 1982. Saritha played a role of Vatsala, A step-daughter who was ill treated by her step- mother. Rajkumar played a role of Ravi – Brother of Vatsala’s step-mother. Ravi and Vatsala falls in love and it creates lot of issues in the family. How Ravi and Vatsala resolves these issues is the crux of the story.

Songs of this film was penned by Chi. Udaya Shankar and composed by T. G. Lingappa. The film became a blockbuster adding one more feather to the successful combination of Rajkumar and Saritha.