Kaithi was written and directed by director Lokesh Kanagaraj and the film was produced by S. R. Prakashbabu and S. R. Prabhu under the banner Dream Warrior Pictures and and co produced by Tiruppur Vivek for Vivekananda Pictures banner.

This is the second movie of director Lokesh Kanagaraj after the successful directorial debut in 2017 with thriller ‘Maanagaram’ starring Sri, Sundeep Kishan, and Regina Cassandra, Charle and others. Through Maanagaram Lokesh Kanagaraj hinted that he is the director to watch out for. This newly released Kaithi teaser confirms that Lokesh Kanagaraj has the potential to offer interesting and entertaining movie to the Tamil movie fans.

The producers of this film S R Prakashbabu and S R Prabhu are relatives of the actor Sivakumar. Their first production venture under the banner Dream Warrior Pictures was Saguni (2012) featuring Karthi. They frequently collaborated with actor Karthi in movie like Kaashmora, Theeran Adhigaram Ondru. They are also producers of Suriya and Selvaraghavan’s latest release ‘NGK’. 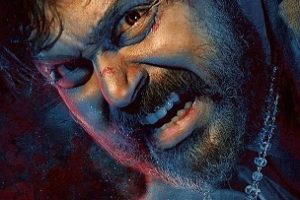 This film is Karthi’s 18th movie as a lead actor. He made strong impression in his debut as a leading actor in The 2017 Paruthiveeran, directed by Ameer. He established himself as one of the bankable actor by acting in movies like Aayirathil Oruvan, Paiyaa, Naan Mahaan Alla, Siruthai, Saguni, Alex Pandian, All in All Azhagu Raja, Biriyani, Madras Komban, Thozha, Kaashmora, Kaatru Veliyidai, Theeran Adhigaaram Ondru, Kadaikutty Singam and Dev.