List of Kannada Movies directed by Real Star Upendra: Upendra is one of the leading actors in the Kannada cinema.  Before becoming a lead actor Upendra enthralled the Kannada cinema lovers by directing hit movies in different genres. He is a multi-talented artist. He is a Director, Actor, Lyricist, and a politician. 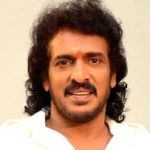 Upendra’s movies were known for its unconventional theme, intelligent and interesting script, unique titles and  costumes, and hit songs. He is considered as one of the path-breaking directors of Kannada cinema.

On the occasion of his birthday, Team LyricsRaaga had attempted to list out Kannada Movies directed by Real Star Upendra. We wish a very Happy Birthday to Upendra.

1. Tharle Nan Maga [1992] : After working as an assistant to director Kashinath, Upendra made his directorial debut in 1992 through the film Tharle Nan Maga a comedy flick featuring Jaggesh, Nithya, Anjali Sudhakar, Bank Janardhan, Satyabhama, Tennis Krishna, M. S. Umesh, and others. V. Manohar is introduced as music director in this film.

2. Shhh! [1993] : After giving a comedy movie as his first film, director Upendra surprised the Kannada movie lovers  with a horror film titled Shhh! in 1993. with a gripping story and screenplay Upendra proved his capabilities to hold  the attention of the audience as a director. he also made small role in the film as an actor.