Roberrt Kannada film was written and directed by Tharun Sudhir, who made an impressive directorial debut with the 2017 hit film Chowka in which Dasrhan made a cameo. Roberrt was produced by Umapathy Srinivas Gowda under the banner Umapathy Films.

The crew of the film includes Director of photography Sudhakarr S Raj, Editor K. M. Prakash, Production Designer Mohan B Kere, Sound Designer Varun and others. Music Director Arjun Janya is composing the songs of this movie. This is the fourth film collaboration of Arjun Janya with actor Darhan after producing hit songs in movies like Chakravarthy [2017], Tarak [2017] and Odeya [2019].

The first look motion poster of Robertt was released on 25th December 2019 on the occasion of Christmas festival. The first look created lot of buzz among the Kannada cine lovers and they have been waiting eagerly for the teaser. Aananda Audio Video is the music label of this film. The film is expected to release on April 2020 in multiple languages. 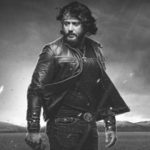