‘Shakuntala Devi – The True Story of India’s Math Genius’ is a biographical film based on the life of Shakuntala Devi, who was a mental calculator and writer, famously known as the ‘human computer’.

Anu Menon is the director of this film. The film was written by Anu Menon and Nayanika Mahtani. Ishita Moitra has written the dialogues. Music directors Sachin-Jigar has composed the songs of the film with the lyrics penned by lyricist Vayu, Priya Saraiya. The original background score was done by Karan Kulkarni. Zee Music Co is the music label of this film.

Keiko Nakahara is the director of photography, Antara Lahiri is the editor. sound design was done by Roland Heap and Udit Duseja. Niharika Bhasin is the costume designer. Shampa Gopikrishna, Vijay Ganguly are the Choreographers.

This film was produced under the banners Sony Pictures Networks Productions, Abundantia Entertainment  Production, and A Genius Films Production. The movie was produced by Vikram Malhotra and co-produced by Shikhaa Sharma. Raedita Tandan is the associate producer, Seher Aly Latif and Shivani Saran are the executive producers. 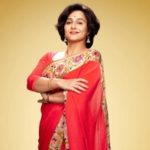