Poet K. S. Nissar Ahmed was born in Devanahalli, Kingdom of Mysore, British India on 5 February 1936. His full name is Kokkare  Hosahalli Shekh Haider Nissar Ahmed. He completed his post graduation in Geology and went to work as a lecturer in Geology in Central  College, Bangalore and then in Chitradurga. Later, he worked in the Sahyadri First Grade College in Shimoga.

He had won many awards and accolades including Rajyotsava Award [1981], Karnataka Sahitya Akademi Award for Poetry [1982], Nadoja Award [2003], Padma Shri [2008], Pampa Award [2017] and Honorary doctorate from Kuvempu University. K. S. Nissar Ahmed was the president for 73rd Kannada Sahitya Sammalenna held at Shivamogga in the year 2007. He inaugurated The 407th edition of Mysuru Dasara in 2017.

K. S. Nissar Ahmed is always remembered by people of Karnataka for this Jogada Siri Belakinalli poem and song. This song will be  played everywhere during Kannada Rajyotsava celebrations of November 1st of every year in Karnataka. 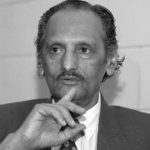