We all know Mohanlal as one of the greatest actors of India, but little we know that he has sung more than 40 songs in Malayalam movies and albums. starting from ‘Neeyarinjo’ from the movie Kandu Kandarinju [1985] under the music of Shyam till ‘Enoruvan’ from the 2018 film Odiyan, He had recorded songs for various music directors including Reghu Kumar, A. T. Ummer, Kannur Rajan, Raveendran, Shankar Jaikishan, Raveendran, S. P. Venkatesh, M. Jayachandran, Gopi Sundar and others.

Vaikom Vijayalakshmi has sung lot of hit numbers in both Tamil and Malayalam movies. some of her hit numbers includes ‘Katte Katte’ from Celluloid [2013], ‘Ottakku Padunna’ from Nadan [2013], ‘Kaikkottum Kandittilla’ from Oru Vadakkan Selfie [2015], ‘Killathe Chollamo’ from Kanal and other Malayalam songs.

Deepak Dev made his debut as a music director in 2003 through the film Chronic Bachelor, directed by Siddique in 2003. Some of his notable movies includes Chronic Bachelor, Udayananu Tharam, Naran, Puthiya Mukham, Urumi, Grandmaster, Bhaskar the Rascal and others.

In this Kando Kando Lyrics Video features the recording of the song in the studio. We can see Moahn Lal and singer Vaikom Vijayalakshmi singing and rehearsing the song with music director Deepak Dev and team.

Ittymaani: Made in China movie was written and directed by Jibi-Joju. This film marks the debut of this director duo. The film was produced by Antony Perumbavoor under the banner Aashirvad Cinemas. 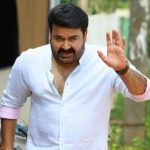 Ittymaani: Made in China [2019] Malayalam Songs