Keliddu Sullaagabahudu Nodiddu Sullaagabahudu song lyrics were penned by Kannada lyricist Chi. Udaya Shankar and the song was composed by renowned music composer duo of Rajan-Nagendra. This heart touching moral song was soulfully rendered by one of the greatest singer of all time S. Janaki.

This song is ‘Katha Roopaka’ as they call it in Kannada is a technique of narrating a story trough the song with a great moral in it.  Keliddu Sullaagabahudu Nodiddu Sullaagabahudu is a such a valuable song and it talks about human nature in the face of uncertainty. it is human nature to arrive at conclusion by just hearing or seeing something and react out of emotion instead of figure out what really happened and try to understand the fact.

This song narrates a story of a Lady called Gangamma, who lives in the forest with her baby and a mongoose [her pet animal]. One day Gangamma finds that water is unavailable in the house and she decide to fetch the water from outside. She sees her baby sleeping in the cradle. Gangamma calls the mongoose and orders it to take care of the baby.

As Ganagamma walks out of the house to fetch the water, A cobra enters the house. The mongoose sees the snake approaching the baby. There was a fierce fight between the cobra and the mongoose. The mongoose finally manage to defeat and kill the cobra.

As Ganagamma returning to the home, mongoose runs happily towards her to greet her. She sees the blood around the mouth of the mongoose and in a state of panic, she decides that the mongoose had killed her baby. She kills the mongoose then and there and rushes into the house to see the baby.

The baby is laughing in the cradle and she sees a dead cobra lying on the floor near the cradle. she realizes her mistake but it was too late. The mongoose was dead. so the moral of the story is ‘Look before you leap’.

Don’t give into your emotions just by hearing or seeing something. take a little time and patience to check the reality of the circumstance. don’t take any decision in a emotional mental state.

This mongoose and snake story is beautifully made into a song in this Kannada movie. the composition, lyrics and rendering of S. Janaki as a little girl is something that she does with ease. she makes it look a like so simple.

The picturization of the song should be appreciated. I am still wondering how they shot the fight sequence between the snake and the mongoose, when there wasn’t much technical help in those days. 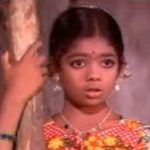