Kutti Story [Kutti Kathai] Song Lyrics were penned by Arunraja Kamaraj and composed by music director Anirudh Ravichander. This song was rendered by Thalapathy Vijay himself.

Kutti Story [Kutti Kathai] Song Lyrics Video is getting good response from Tamil music lovers and Vijay fans. Its quite an interesting song. most of its lyrics are in English with Tamil. It reminds us of Anirudh and Danush’s sworld wide sensation ‘Kolaveri Di’ in terms Lyrics.

This is the second film of Anirudh with actor Vijay. earlier he composed music for the 2014 film Kaththi directed by AR Murugadoss.  This is the third Vijay film for Lyricit Arunraja Kamaraj, who had earlier written songs ‘Dub Theri Step’, ‘Eena Meena Teeka’ in Theri [2016] and ‘Varlam Varlam Vaa’ in Bairavaa [2017]

Musicians worked in the song includes Shehnai by Balesh, Bass by Naveen Napier, Percussion’s, Keyboards, Synth and Rhythm Programmed by Anirudh Ravichander, Ananthakrrishnan is the Music Advisor and Sajith Satya is the Creative Consultant.

Master Tamil film was directed by Lokesh Kanagaraj who made a impact through his last movie Kaithi [2019] starring Karthi. This his is third movie and first collaboration with actor Vijay. He made is directorial debut with the film Maanagaram in 2017. Master was produced by Xavier Britto and co produced by Lalit Kumar and Jagadish Palanisamy. Sathyan Sooryan is the cinematographer and Philomin Raj is the Editor of this film.

The film marks the first collaboration of actor Vijay and Vijay Sethupathi. After making successful multi starrer films with actors like Rajnikanth in Patta, Madhavan in Vikram Veda, Silambarasan, Aravind Swami, Arun Vijay in Chekka Chivantha Vaanam, Vijay Sethupathi is now joining hands with Thalapathy Vijay in Master under the direction of Lokesh Kanagaraj. The film is scheduled to release worldwide on 09 April 2020. 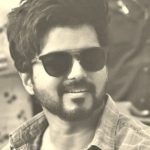