Nannaku Prematho song lyrics written and composed by music director Devi Sri Prasad himself, who also rendered the song with Sagar. This is a very emotional song and it makes our heart heavy. The song brings us lot of emotions and memories of our Father. Simple but very moving lyrics and straight from the heart rendition by Devi Sri Prasad,  touches our soul and every time we hear this song, Our eyes will become moist.

For every child, his or her father is his/her first Hero. A good Father plays a significant role in shaping up the life of his children by sacrificing so many things and dedicating his entire life to his family and children. Now it is our turn to take care of the person who did everything he could do to make us whatever we are today. we have to take care of them and love them, not only on this Father’s Day but every day. Happy Father’s Day! 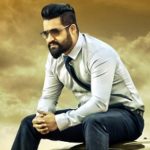