Nata Sarvabhowma was written and directed by Pavan Wadeyar. This is his second collaboration with Puneeth Rajkumar. Natasaarvabhowma is expected to hit the theaters in February 2019.

Check out Natasaarvabhowma Songs List, Listen and enjoy the songs. 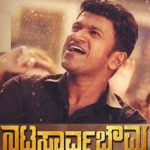