This song was composed by S. Thaman and lyrics were written by famous Telugu lyricist Sirivennela Seetharama Sastry. This retro feel song was rendered by none other than the legendary playback singer S. P. Balasubrahmanyam.

Some of the musicians and technicians worked in this song includes Triple Congo & bongos by T Raja & Kumar, Electric guitars by lee and allaap, Chennai Strings violin section conducted & additionally arranged by Prabhakar, Vocal supervision by Sri Krishna, Musicians incharge by Manigandan K and others.

Actor Ravi Teja and Music Director S. Thaman had worked together in ten movies and Disco Raja is the eleventh film of their collaboration. The combo of S. Thaman and Ravi Teja is continues in the upcoming action thriller Krack directed by Gopichand Malineni.

The director of this film Disco Raja is Vi Anand. He made his directorial debut in 2014 with film Hrudayam Ekkada Unnadi starring Krishna Madhav, Samskruty, and others. He went on to direct films Tiger [2015], Ekkadiki Pothavu Chinnavada [2016], Okka Kshanam [2017] and A tamil film Appuchi Gramam in 2014. Disco Raja marks the second collobpration of Vi Anand and S. Thaman after Tiger [2015].

Disco Raja hit the silver screen on 24 January 2020. The sequel to this movie Disco Raja 2 is on the cards. 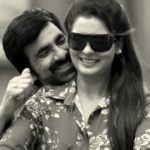