Thaarame Thaarame Song Lyrics Video Released | Kadaram Kondan: Thaarame Thaarame is a second song from the one of the most expected  Tamil movie of 2019 ‘Kadaram Kondan‘, directed by Rajesh Selva and produced by Kamal Haasan under the banner Raaj Kamal Films  International in association with Trident Arts as Distributors.

This is the Fifth collaboration of music director Mohamaad Ghibran with Kamal Haasan movies. Earlier he composed songs and background score for movie like Vishwaroopam 2, Uttama Villain, Papanasam and Thoongaavanam. This is his second film with director Rajesh M Selva after Thoongaavanam.

This is actor Akshara Haasan’s second Tamil film after Vivegam starring Ajith Kumar. Akshara made her acting debut in Shamitabh – A Hindi film starring Amitabh Bachchan and Dhanush. Abi Hassan son of noted actor Nassar, is making his debut through this movie. 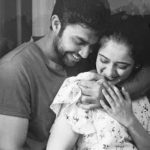 Kadaram Kondan trailer released few days ago and increased the hype of the movie. This action packed thriller movie is going to be a treat for Vikram fans. The trailer is full of action and thrill. Ghibran’s background score, Srinivas R. Gutha’s camera work and Chiyaan Vikram’s look, body language and acting are the highlights of the movie.

Akshara Haasan impresses us with her acting as a Pregnant lady in an unexpected danger circumstance. Abi Hassan looks a promising actor.  The film is shot in Malaysia and it looks very stylish as well.