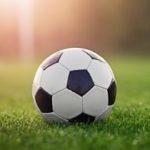 Morocco and Iran have never met at the World Cup before this match. The two teams faced each other only once previously, which resulted a draw. This if the fifth world cup for Morocco and they won 2, lost 7 and 4 matches ended in draw out of 13 games. Morocco have never won their opening match at a World Cup. With this win Iran registered their second victory at the World Cup (Draw 3 Lost 8), with this their first since their 1998 win against USA.