Royal Challengers Bangalore Time Table IPL 2019 | RCB Squad: Royal Challengers Bangalore Time Table 2019 is given below. RCB headed by captain Virat Kholi will play 14 matches in league stage out of which 6 match will be played in their home ground M. Chinnaswamy Stadium. The Bangalore franchise was purchased by Vijay Mallya, who paid US$111.6 million for it. This time RCB will miss one of its important player Chris Gayle. 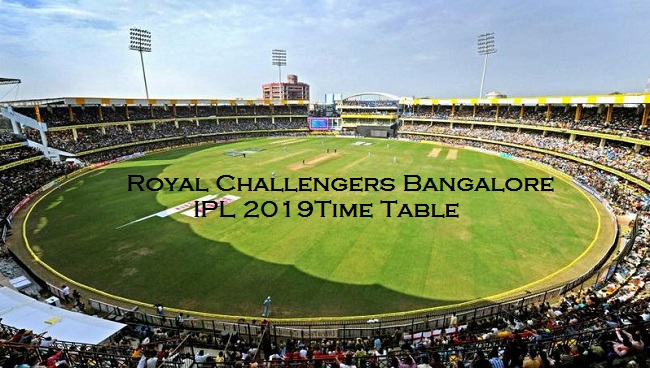