Valimai is Tamil action thriller film written and directed by H. Vinoth and produced by Boney Kapoor under the banner Bayview Projects LLP and Zee Studios. Nirav Shah is the cinematographer and Vijay Velukutty is the editor
of this film.

This is the second film of of actor-director-producer after ‘Nerkonda Paarvai’, remake of the 2016 Hindi film ‘Pink’. Valimai is the 4th film of director H. Vinoth, who amde his directorial debut in 2014 through the film ‘Sathuranga Vettai’, followed by Theeran Adhigaaram Ondru [2017]. 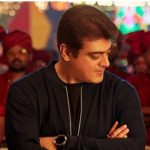