Sarkaru Vaari Paata features Mahesh Babu, Keerthy Suresh, Samuthirakani, Vennela Kishore, Subbaraju, and others. R. Madhi is the cinematographer and Marthand K. Venkatesh is the editor of this film. The movie is expected to be released on 12 May 2022.

Kalaavathi song lyrics were penned by Anantha Sriram and the song was composed by music director Thaman S. This song was rendered by one of the most happening singer ‘Sid Sriram’. 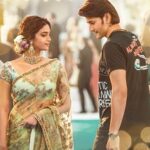