The musicians worked in this song includes Keyboards by KP & Vikas Badisa, Rhythm by Kalyan, Cello by Seenu, Frets by Subhani, Trumpet & Trombone by Babu.

The Tamil version of this song ‘Odu Odu Aadu’ lyrics were written by lyricist Viveka and the song was sung by singer Benny Dayal with Shenbagaraj, Deepak, Vignesh, Santhosh Hariharan, B Manikandan, and others.

The Hindi version of this song ‘Jaago Jaago Bakre’ lyrics were penned by lyricist Raqueeb Alam and the song was sung by Vishal Dadhlani with backing vocals by Renjith Unni, Sreeraj Sahajan, Deepesh Krishnamoorthy, and others.

The Kannada version of this song ‘Jokke Jokke Meke’ lyrics were written by ‘Varadaraj Chikkaballapura’ and the song was sung by playback singer Vijay Prakash and chorus.

The Malayalam version of this song ‘Odu Odu Aade’ lyrics were penned by ‘Siju Thuravoor’ and the song was sung by playback singer Rahul Nambiar with Renjith Unni, Sreeraj Sahajan, Varun Vishwanathan, Jithin, and others.

Pushpa: The Rise – Part 1 Telugu movie was written and directed by Sukumar and Produced by Naveen Yerneni and Y. Ravi Shankar of Mythri Movie Makers in association with Muttamsetty Media.

The first part of the film is scheduled to release in December 2021, with the second part in 2022, in Telugu along with dubbed versions in Tamil, Hindi, Malayalam, and Kannada languages. 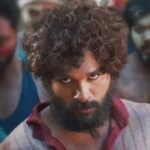