This song was so popular that in any function this was the first song to be played in sound system. The reason for playing this song first is because lord Ganesha is known as Vigna Vinashaka meaning he will remove all the obstacles that my might appear in the process of doing something or some function or event. so that’s why this song was the first one to be played in any happy function or event.

I still remember the days in our village in Tamil Nadu, Where i first heard this song and it became the first song that entered my mind without my knowledge. Few frequently heard this song through loud speakers used in those days in functions. Vinayagane Vinai Theerpavane still remains as one my favorite songs and Sirkazhi Govindarajan voice still lingers in my mind and ears.

Sirkazhi Govindarajan is unarguably one of the most revered singers of Tamil film and devotional music world. His unique voice and ability to sing in both high and low pitch effortlessly, clarity of words while singing the lyrics are his greatest strength. His training in Carnatic music is the base for his extraordinary vocal skills.

Seerkazhi Govindarajan had rendered so many Tamil movie songs in different genres. but many of these songs were in high pitch and in devotional format. some of his most memorable songs includes 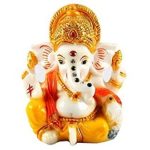