Chellamma Tamil Song Lyrics were penned by actor Sivakarthikeyan himself ad the song was composed by music director Anirudh Ravichander. This song was rendered by singer Jonita Gandhi and Anirudh Ravichander while Backing Vocals was provided by Nakul Abhyankar.

Doctor Tamil movie was directed by Nelson Dhilipkumar. This film is his second directorial venture after making his directorial debut in 2018 through the film Kolamavu Kokila starring Nayanthara, Yogi Babu, Saranya Ponvannan and others.

The leading lady of this film Priyanka Arul Mohan made her acting debut through the Kannada Horror film ‘Ondh Kathe Hella’ in 2019 directed by Girish. She made her Telugu movie debut in 2019 starring opposite Nani in ‘Gang Leader’. Doctor marks the Tamil debut of Priyanka Arul Mohan. Her next project is ‘Sharwanand’s Sreekaram’ A Telugu film directed by Kishore Reddy. 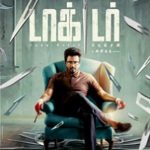