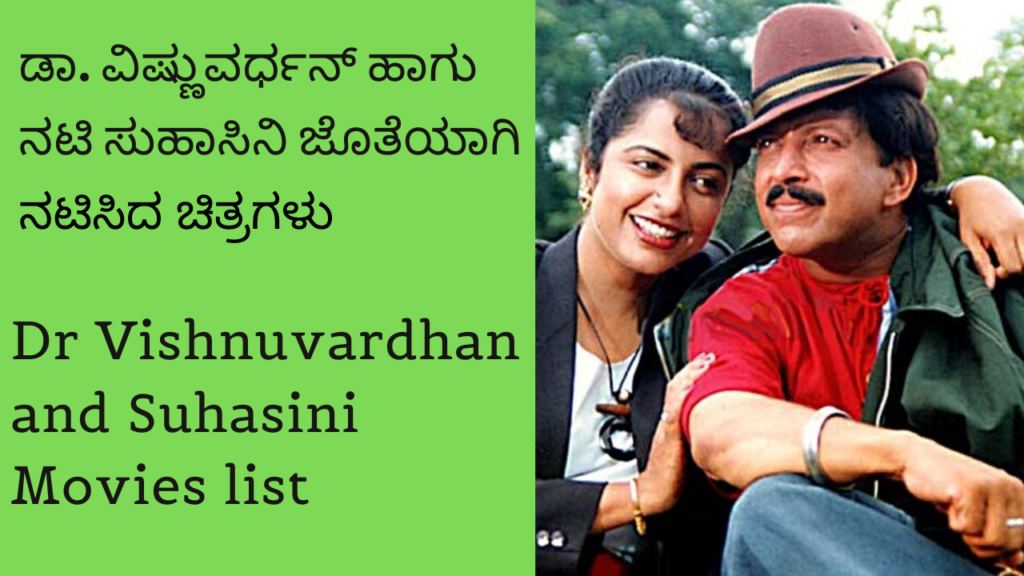 2. Suprabhatha [1988]: Director Dinesh Babu’s Kannada directorial debut Suprabhatha, brought together the pair of Vishnuvardhan and Suhasini again after the mega hit film Bandhana. once again the magic of this pair mesmerized the viewers. both the actors gave one more stellar performance in their respective roles.

‘Nanna Haadu Nannadu’ is one of the all time hit songs. Songs of this movie were composed by Music director duo Rajan-Nagendra and lyrics were penned by Chi. Udaya Shankar.

3. Muthina Haara [1990]: One more heart breaking tale by director Rajendra Singh Babu after the mega hit Bandhana in 1984. He bought back the successful pair of Vishnuvardhan and Suhasini once again for this emotional film set in the back drop of army life and war.

Muthina Haara is considered as one of the landmark movies of Kannada cinema. as usual both Vishnuvardhan and Suhasini stole the show with their extraordinary acting skills. Songs of the film were written and composed by Music director Hamsalekha.

7. School Master [2010]: School Master directed by Dinesh Babu is the last film of Suhasini and Vishnuvardhan
together. The film featured Vishnuvardhan, Suhasini, Devaraj, Tara, Avinash, Srinivasa Murthy, Mukesh Rishi, and others. V. Sridhar was the music director of this film.