Kamal Haasan Vikram Trailer Released: The trailer of one of the most anticipated Tamil film of the year, Kamal Haasan’s ‘Vikram’ is released today.

Vikram Tamil film is directed by Lokesh Kanagaraj and produced by Kamal Haasan, R. Mahendran under the banner Raaj Kamal Films International. The screenplay of the movie was written by Lokesh Kanagraj and Rathna Kumar. The team reused the title of the 1986 Kamal Haasan movie ‘Vikram’ for this action entertainer. 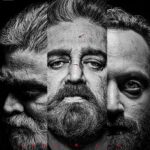 5. Once Upon A Time
Lyrics: Heisenberg
Singer: Anirudh Ravichander