Environmental Pollution – Student Essay: The term ‘Environment’ is used in a broader sense. All the surrounding conditions which influence growth and development of man is environment. In this essay it is restricts to the natural condition such as air, water and land in which man lives.

In this 21st century man has achieved a tremendous progress in the field of science and technology. It has enabled him to conquer nature and reach distant places in minutes and hours. But man has very miserably created an imbalance in nature. At present he is at the verge of destruction. One of the serious problem he is facing is the environmental pollution.

Air pollution, water pollution, noise pollution and land pollution are some of the magnanimous types of pollution’s. The main root cause of the problem is none other man himself. 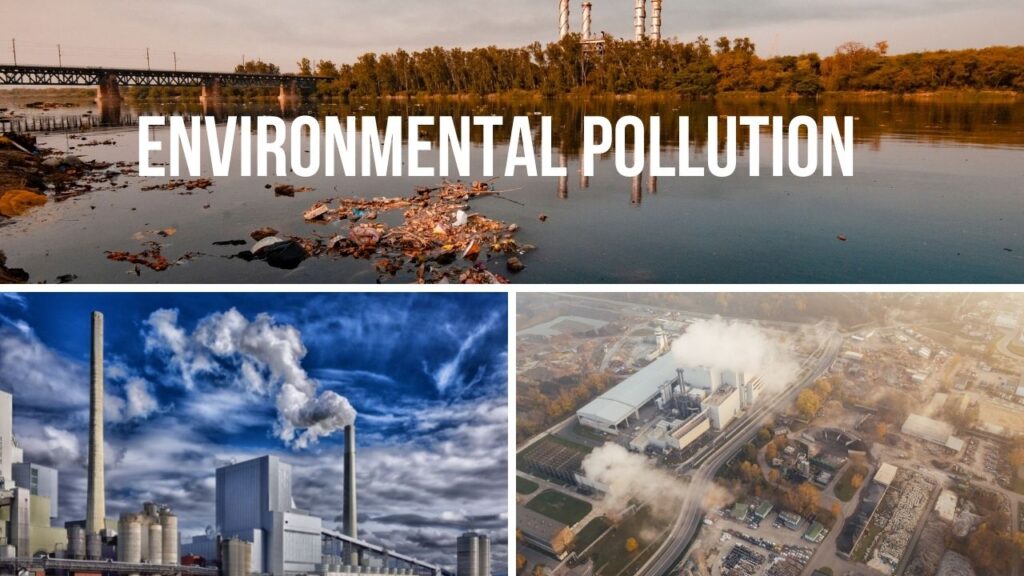 Due to heavy, haphazard, senseless growth of industrial centres, unhealthy environment has been created. It has given rise to over-population in cities, slums, insufficient civic amenities, crime, etc. Today in big cities people live in bad air and noise. Air in cities is polluted because of the smoke from the factories, the motor cars, buses, etc.

In order to avoid air pollution, industries which create air pollution must not be set up in the heart of the cities. The Bhopal Gas tragedy which occurred on 4th December 1984, should teach a lesson in this connection. Though the government of India had set up a Department of Environment in 1980, still lot of things has to be implemented to control the air pollution. So people must have to take the initiative. The movements, like ‘Chipko’ in Garhwal and ‘Appiko’ in Karnataka about planting and protecting trees has been received some attention.

Water is one of the most essential needs of life. Water pollution by industrial waste has become a serious problem. Almost all industries dump their waste products in the rivers.

The poisonous waste being poured into the river pollutes water and it becomes threat to the life of fish which is the source of food for millions of people. Of course, it is unsafe for drinking and the same water is used for irrigation and it pollutes food. The sacred river Ganga is polluted and in Karnataka also in Bhadravathi and Harihar the river water is contaminated. The fate is same in other states also.

Noise pollution is another serious problem especially in cities and big towns. Though it is impossible to get rid of the noise pollution, we can reduce it considerably with proper legislation and public co-operation.

At marriage ceremonies, people use loud speakers through out the night. Of course, all this is done to show that something very important is taking place. But they have to think of others. Students cannot study, people cannot sleep. Moreover, the medical experts have warned us that excessive noise can lead to deafness and create other health problems. So people must understand each other and by which so many problems can be solved. That will lead to maintain an ecological balance.

In nature we have everything; air, water, plants, birds, animals, sunshine, moonshine, etc. We have to use nature in a proper manner. Otherwise earth will become a graveyard.